The Golden Vegas casinos are best known in the province of Hainaut and the south of West Flanders, near the French border. Since it was founded in 1983, the owner, Noordzee Electronics nv, has continued to expand the empire of casinos. In the very beginning, their service was limited to the delivery of café games, such as the well-known pinball machines and one-ball machines. Gradually Noordzee Electronics nv opened several arcades. The counter is now at 10. In addition to the successful operation of these arcades, Golden Vegas was able to obtain an FA + and a B + license for offering online gambling games.

Golden Vegas offers players a variety of casino games, as well as a number of sports betting options. The game offer is wide and has a top selection of dice games, slots and roulette games in their range. In addition to the well-known dice games, card games, roulettes and dice slots, you can also enjoy a more surprising game here and there, such as the Goldenvegas Mystery Box, an online game that was developed exclusively for Golden Vegas. But the real draw of this online gambling hall is the daily, weekly and also monthly tournaments.

The combination of the popular casino games with the online sports betting and the many possibilities to play a tournament, makes Goldenvegas.be one of the most popular online casinos. Due to their great variety, they offer a range of gaming fun that many players find to their liking.

The website is clear and well-arranged. There is a selection menu that shows you the way to the different casino games, sports betting and the tournaments. In addition, there are also extra selection buttons that you can click through to the top games and the new games. Gaming1, the casino software developer, delivered top quality. The connections are fast and without problems. Players can quickly start the game, bet and finish the game without any hitches.

The range of dice games at Goldenvegas.be can certainly be considered as wide. In addition to the classic games, the online casino also has new and less known games in the range. Games like Secret Story or 1 versus 100 were developed by Gaming 1. These games are the online variant of well-known TV games. When playing such a game, you take a chance of winning the jackpot! When playing a dice game, you largely control the course of the game. You place the dice in the game yourself according to your own tactics and thus increase or decrease your own chances of winning.

Dice slots are the well-known slot machines where combinations of fruits determine your profit or loss. Only the fruit symbols in the dice slots have been replaced by dice. Unlike with the dice games, you don’t let the chances of winning depend on your own playing tactics, but you play purely on luck.

The Golden Vegas range of dice slots consists of a combination of classic games such as Multi Dice 81 and Treasure Cubes and the more innovative variants such as Cirtakus, Plasma Fusion and Luck Ness The Dice Slot.

Roulette fans have the choice between four different roulette. However, the basis of the four different roulette variants remains the same: you make a (strategic or not) choice and bet on a red or a black box with a number from 1 to 36. All fellow players also bet. The croupier then lets the ball play along on the spinning disc. The 3D effects are so realistic that it looks like you are actually sitting at the roulette table. When the disc stops spinning, the ball ends in a red or black box and a number. Depending on the choice made, a player can win back up to six times the stake!

In addition to traditional card games such as Blackjack and video poker, Golden Vegas also has a number of games that cannot be found in the regular offer of an online casino. Games that can be played in a physical arcade, such as Baccarat and also Casino hold’em for example, are therefore very popular games on goldenvegas.be.

In December 2012, Golden Vegas started an online arcade where both casino games and sports betting are offered. Thanks to both permits, gambling at Golden Vegas is 100% legal and under the strict supervision of the Belgian Gaming Commission. This committee checks casinos for correct and smooth payouts, the reliability of the operator and the limitation of the hourly loss. Many sports are reviewed: football, tennis, cycling, darts, boxing, …

Those who would also like to take a chance to earn extra winnings can bet on the combi bets and the combi boost bets. With one ticket you can place a bet on different matches and thus increase the chances of winning.

The daily tournaments are very diverse and also completely free. A new game is put online every three hours.

The weekly and monthly tournaments also have a limited stake. Each player will be fully refunded the amount of their stake, even if they are not among the lucky winners.

Special about the tournaments at Golden Vegas is the prize pool. In addition to bonus money, you can also play for laptops, smartphones or even household appliances.

Every member of goldenvegas.be is automatically assigned a membership of the Golden VIP club. The bet you make as a player is converted into bonus points. These bonus points can be exchanged for bonus money. The more points a player collects, the higher his status on the ranking and the more points are added.

Thanks to the app it is possible to play an online game of Golden Vegas anytime, anywhere. The app was developed for both Android and iOS and works perfectly on various devices.

On www.goldenvegas.be the support is in Dutch.

For more information, please click on the link below:

Are your hands itching to play a real slot machine?

Then come and play in one of our many gaming halls all over the country.

Rien ne va Plus wishes you the best of luck! 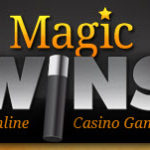